A skilled swimmer and free-diver who is always exploring the open sea. While exploring Mako Island, he finds the moon pool and is attacked by the water, causing him to hunt for the truth behind the Island. The girls try to stop him, but Bella has her heart set on him, can the girls keep the secret of the Moon pool from him forever?

Typical Quote: "Never got enough time to get to know people, maybe this time it'll be different."

As a person, he is very caring, thoughtful, but sometimes stupid. He also has a passion for the ocean and what lies it.

Will is a skilled free-diver who loves spending time in the ocean and can dive well over 50 meters. While diving near Mako Island, he finds his way into the Moon Pool just as a water tentacle suddenly appears in front of him and knocks him out cold. After then, he continually tries to find the source of the occurrence, despite the fact that the mermaids tell him he had slipped and hit his head, and possibly had a weird dream. Will attends the same school as Rikki, Cleo, Bella and Lewis, and lives in a small wooden shack, on the edge of a canal, as his parents wanted him to have his own space. Will also has an elder sister named Sophie, who has a very bad influence on him, and is very pushy about his diving training, only because she wants to make use of his diving skills to make fortune and fame. He eventually finds out about Bella's secret, but she keeps Rikki and Cleo's identities safe. But after he finds out that Rikki and Cleo are mermaids as well, he wholeheartedly agrees to keep it secret from the rest of the world. When Lewis leaves for America, Will replaces his role in protecting the girls.

Bella and Will kiss

Will develops a crush on almost as soon as she comes to town. Over short time, they become very close friends, but Bella gets torn between friendship and love when Will's obsession with Mako Island puts their relationship on jeopardy. He eventually discovers Bella's secret, and later Cleo and Rikki's, but decides to keep it safe. Though he likes Bella, he finds her mermaid half more attractive, and that accidentally drives her away. They retain a close friendship until the episode "Beach Party", where he practices with Rikki to ask Bella to a beach party, but Bella overhears their practice and mistakes him for taking Rikki to the party, and asks Nate instead. Will, persuaded by his sister, decides to go with Rikki. At the party, he admits his true feelings to Bella and they become a real couple. 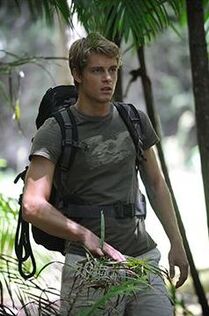 Thank you for looking!