Charlotte has all powers+fire, and has the ability to lift objects into the air. She got all the powers because she was the only person in the moon pool when she turned into a mermaid.

Charlotte Watsford is one of the secondary characters in Season 2 of "H2O - Just add Water". Charlotte is the granddaughter of Gracie Watsford and is the daughter of Annette Watsford, she is an only child and attended the same school as Cleo, Lewis, Emma and Rikki. By dating Lewis, Charlotte came closer to the girl's secret and then found out her grandmother was once a mermaid. Charlotte became a mermaid by her own will, not by accident. After discovering her new powers, she became power-crazed and decided to beat out the other mermaids and become a "Super Mermaid". Once Charlotte knew about the full moon that can take a mermaid's powers away, she became moonstruck and decided to try to trick the other girls into following her to the Moon Pool, so they would lose their powers, but she and the other mermaids had a power fight, and Cleo, Emma and Rikki used their powers over the weather to lift Charlotte into the air, and drop her into the moon pool. As the moon passes over, Charlotte loses her powers permanently. Charlotte enjoys art and science. Charlotte had a relationship with Lewis McCartney, but their relationship didn't work because Lewis still loved Cleo. After Charlotte lost her powers, she promised not to tell the girls secret and remained friends with Lewis before moving on.

In the episode "Then There Were Four" Charlotte went to Mako Island on a full moon and jumped into the Moon Pool and became a mermaid. She later shows Lewis her tail and his reaction isn't good. Charlotte later appears to have found her power which is the same as Cleo's power and then later discovers she gained Rikki's power as well and then Emma's power. Even though Charlotte became a mermaid on a normal full moon, she still appeared to have powers over the weather as well. This could be because she was the only one in the Moon Pool, leading her to getting the same powers as Emma, Cleo, and Rikki.

Charlotte discovers her grandmother is a mermaid

Charlotte Watsford is the new girl in town and comes when the girls were given their new powers. She has a passion for art, she also has a sudden crush on Lewis. She draws a picture of him after Cleo claims she needs space to learn to control her powers, Charlotte takes this and tries to get Lewis to go out with her. When she learns that Cleo wants Lewis back she tricks him to kiss her. They start to go out then. When Lewis finds out about Max Hamilton, Charlotte finds Max and asks questions about Gracie (who is her grandmother). She goes to the Moon Pool and turns into a mermaid herself, and shows Lewis this. The girls don't take her in so well. She, at the start, doesn't have any powers, but is given Cleo's power Hydrokinesis, then the abilities of Rikki and Emma. She then starts to believe that she has always been going to be a mermaid and believes that she is a "Super Mermaid" and better than the other girls. Then she tells Lewis he is no longer allowed to talk to the girls but chiefly Cleo. Charlotte decides to battle Cleo with her powers. She wins and takes Cleo's Locket from her saying "And you call yourself a Mermaid." When Lewis finds out that Charlotte has hurt Cleo, his feelings change and he dumps her. Charlotte then becomes very angry at Lewis and the girls and goes crazy with her powers. When the girls try to warn her about the full moon that night Charlotte ignore them and uses her power of wind to put them into

the air untill Ash comes and she drops them.

That night Charlotte is under the spell of the full moon (moonstruck ). It's the night of a special blue moon(which only happens every fifty years) which means it can draw away the powers of any mermaid in the Moon Pool when the full moon passes over, forever (which is how her grandmother,Gracie lost her powers). So Charlotte gets the girls to come to Mako Island and tries to take away their powers so she can be the only mermaid and be powerful. She created a three headed snake to attack the girls. But the plan backfires and she loses her powers in a battle between the girls and her. The girls use their powers to make another powerful electric storm and she loses her powers. She still has the necklace and tries to get Lewis back again, but doesn't succeed and Charlotte gives back the necklace and promises never to tell anyone about the mermaid secret.

Mako Island is a very important place in the entire first, second and third series. It's a fictional island approximately 50 km off the Gold .

As it seems, Mako Island is a comet that crashed into the Earth. We know that one of the shards impacted near Ireland (Eire) forming the Sea Caves of Ireland. So other shards would have landed in others locations creating moon pools were ever they impacted. It is possible that these other moon pools could have also created mermaids all over the Earth in other places and other times. It's origin is revealed in season 3. Mako has a sea cave at its base leading to the Moon Pool, where Emma, Cleo and Rikki, and the former mermaids, Louise, Gracie, Julia and Charlotte, got their mermaid powers. There is also a secondary cave leading to a waterfall outside. The waterfall is part of a stream running through a mangrove forest. Mako Island has been around long before humans walked the earth and it will still be around long after humans have gone. Around Mako there are the largest population of Mako sharks and sea turtles, some of which cannot be found anywhere else on earth.

Off-shore there are coral reef sands and a number of wrecks, including Miss Louise Chatham's boat the Lorelei. On the northern side of the island there is a place called Triton's Reef, its a known as place where sharks breed. 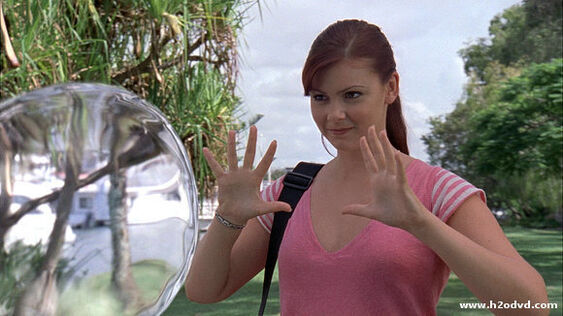 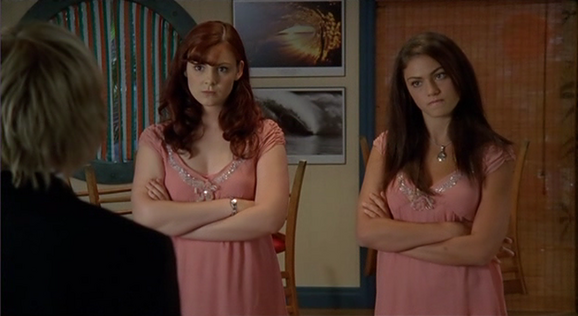 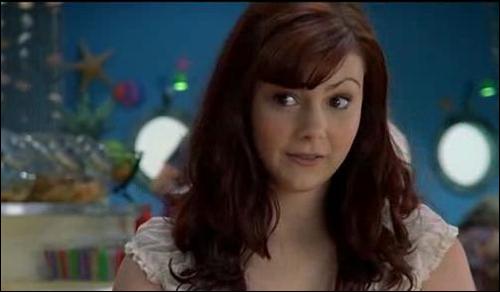 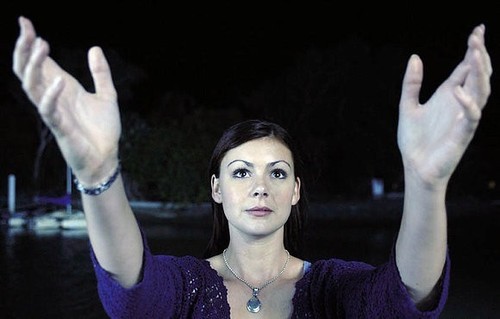