It's not easy being the new mermaid in town, but Bella fits in quite easily. Confident, yet bubbly she is a singer and performs at the juice bar. She became a mermaid in the sea caves of Ireland when she was nine, and from the moment she shows up she has her eyes set on Will.

Bella possesses the ability to transform into a mermaid ten seconds after at the touch of water. Once her body is completely dry, she turns back into human along with the outfit she was wearing before she transformed. While in mermaid form, she can swim extremely fast at a speed of 600 km/h and hold her breath for almost 24 hours.

Bella's individual mermaid power is threefold, she can group together water particles to turn it into jelly, she can turn it solid hard with a fist gesture and waving her hand and she has the ability to explode water or jelly. Her power usually stops working after a few seconds, but if she concentrates on making it permanent, the water substance will remain in the same state forever. This is revealed when she and Cleo use their powers to make a birthday present out of water for Rikki; while Cleo shapes the present, Bella petrifies the water substance.

Bella initially tried out for a waitress job at a café called "Rikki's", but Sophie Benjamin twists her chance by adding a spice in a customer's drink in which Bella is held responsible. But she continues to work at the café as the lead singer in Nate's band.

Isabella "Bella" Hartley is the new girl who moves to town in series three after Emma left to travel the world with her family. When a mysterious water tentacle attacks the girls and captures Rikki, she catches sight of her tail. Although shocked at first, she quickly reveals to the girls that she is a mermaid as well and saves Rikki from the water tentacle. In the next morning, the girls and Lewis discuss her transformation and the water tentacle that attacked them, and the boy who saw it. The girls then ask Bella to join them, which she agrees. She has also been described as bringing something that the group has never had before.

Bella develops a crush on free-diver Will almost as soon as she moves to town. Because he is often curious about what he "thinks he saw", Rikki always tells her to stay away from him to keep their secret safe. As they become closer, Will starts to have feelings for her. On one occasion, he accidentally drips water on her chin and she is forced to run into the ocean before she turns into a mermaid. Will then becomes suspicious of her and pours a glass of water on her hand, forcing her to transform in front of him. Although shocked at first, he agrees to keep her secret (though she keeps Cleo and Rikki's identities a secret).

However, Bella often hears Will talking about mermaids and the magic of it, she begins to feel that he is only interested in her because of her mermaid magic and breaks off their friendship. Eventually, they become friends again after Will finds out that Cleo and Rikki are mermaids as well. In one episode, she mistakenly hears Will asking Rikki to the party and decides to go with Nate to make him jealous. At the party, they clear the misunderstanding and become a couple officially. 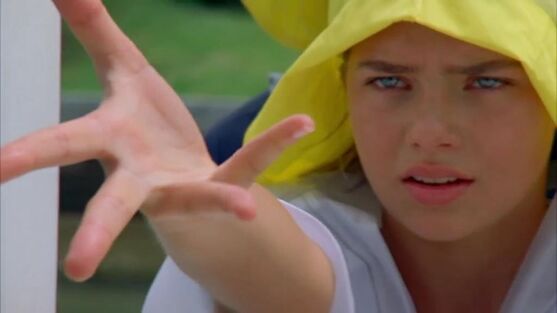 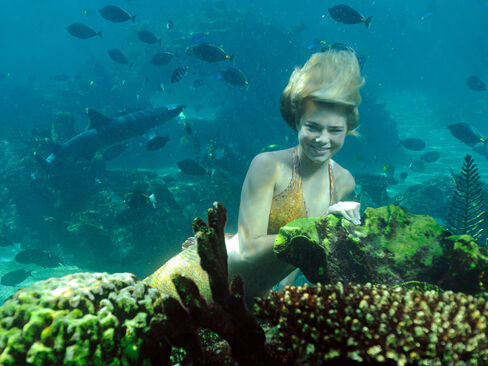